A Doctor’s Apology Can Go A Long Way 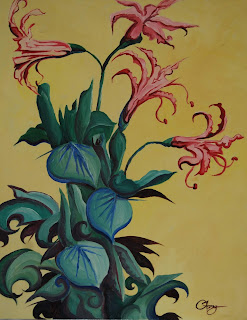 I came across a letter I wrote to a patient while rummaging through some old files on my computer.  I flashbacked to what triggered this: a response to a letter she had sent me, one that was, shall we say, extremely unflattering and quite scathing in the way she described me and our last encounter.  From the letter’s tone, I sensed she held back on using more profane language to lambaste my character.  In essence, she was calling me an unsympathetic jerk.

This was a huge jolt--a kick in the teeth, a slap in the face.   I’ve received letters and cards now and again, typically thanking me and my staff for the care we provided.  But this one was entirely negative, made worse by the detail in which she described my behavior.  As I tried to reflect upon those circumstances, I honestly couldn’t recall mistreating her.  I felt the urge to fire off a letter arguing with her, telling her how wrong she was.  Yet the more I thought about it, I realized she must be correct in her sentiments; after all, she was the one who had the experience, apparently an experience so deeply felt she was compelled to write me, six years later.

My initial reaction of anger slowly morphed into one of shock: “My God!  This has been eating away at her for six years!  SIX FREAKIN’ YEARS!  I’m not a jerk.  I’m an a—hole!”  I had to apologize to her but didn’t have the courage to pick up the phone and tell her personally.  I instead wrote her a letter.

For some reason I’m unable to locate her original letter as it’s likely filed somewhere deep in the bowels of my office.  However, my letter in response to her is copied and pasted below in its unadulterated form:

I thank you for your recent letter regarding your office visit back in 2000.  I really do not recall the details of that appointment and reviewed the office records from that date.  We were waiting for a pathology report from Seattle, and I believe I had just received the report near the end of that appointment.  Once we did discover you had a lymphoma, we ordered the staging CAT scans, and I did call your physician to discuss a referral to a hematologist/oncologist.  I wasn’t aware I was being too hasty, but I believe I wanted to expedite things once we had the diagnosis.  I may have rushed things too fast.

I really had no idea I left you feeling so despondent afterwards, and I am truly sorry about this.  As physicians, we are often flooded with numerous medical problems during the day, sometimes causing us to unknowingly behave in a fashion that appears unsympathetic.  But this is no excuse, and I feel terrible about what happened.

Let me assure you that this was unintentional and is not my usual manner.  I wish I had known about how you felt sooner so I could have provided some solace to you at the time.  However, I do appreciate your candor in letting me know about this; sometimes it takes a brutally honest letter to make a person aware of his defects, and what you describe was a major flaw on my part.

I apologize about my behavior and what happened back then.  I really have no right to ask for your forgiveness, but I sincerely hope you are otherwise well and in good health.   I do wish you and yours the very best.

This letter took some time to write, but it was a true reflection of my remorse.  I felt terrible about the way I treated her even though I honestly couldn’t plainly recollect the details of that day.   And if I couldn’t recall that horrid moment in her life, she was entirely correct in her accusations as I obviously acted like a callous turd.  This goes to show we are imperfect, and sometimes unbeknownst to ourselves, we unwittingly fall by the wayside and act like unsympathetic pieces of stone.  I read her letter several times afterwards as a reminder of why I was placed on earth and became a doctor in the first place.  Her letter reminded me to step back and realize there’s a person inside the body sitting in front of me, a person filled with anxiety and fears but also a vague hope that you will cure them, improve their lives, or at the very least, provide some measure of solace and understanding.  Sometimes we need a solid kick-in-the-pants to shake us out of ourselves, to do things better for the people we are entrusted to serve.

I honestly did not expect a response, but a few weeks later I was surprised to find another letter from her.  I dreaded opening it—I couldn’t bear another round of negative feedback.  Yet to my surprise, her second letter had an entirely different tone: she thanked me for thinking about her, that she was in complete remission from her lymphoma, and forgave me for my past behavior.  She even mentioned I was a good doctor.

I’ve kept that letter as well.  I’m a pack-rat and keep everything sent to me that’s personal—even birthday and Christmas cards and every letter anyone has sent to me since I was a kid; they’re just stored somewhere in boxes hidden beneath other boxes.   I was extremely happy she was doing well.  I had the sense that everything was O.K. between us.  Plus, I believe her first letter was a much-needed catharsis, allowing her to look to the future in a more positive light.

The lesson?  We can always learn something about ourselves and correct past mistakes even if it’s a solid admission of our failures.  An apology not only can mend old wounds, unintentionally inflicted or not, but can go a long way to further enhance your patient’s quality of life.