Whatever Happened to Forgiveness? 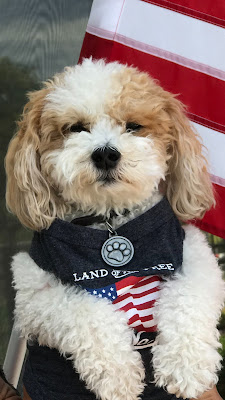 “I used to shoot people like you,” the patient said to me.

He was one scary Vietnam Vet, and I was one scared second-year resident.  Though not Vietnamese, I figured correcting him wouldn’t matter.  As an Asian American (Chinese on my dad’s side, Japanese on my mom’s) I’d experienced racism and bigotry before, and from different races, not just white.  Even as a doctor I understood I ‘d still encounter it.  In this particular incident, I didn’t get angry or refuse to see him, but instead, after a bit of give and take, I found common ground, dealing with bigotry through an empathic approach, so to speak.   This was quite effective, transforming a potentially volatile situation to advantage, and changing an enemy into an ally.

So when I see the response to racism in our current times—tearing down statues of historic figures, vandalizing monuments reflecting our past, fear of retribution for expressing a counter-opinion—I want to cry.  When will it end?  People destroying things offensive to them is little different than book-burning by tyrannical governments.   It’s as if they want to erase certain parts of history.  Yet the importance of history is to learn something from it, not eradicate it, no matter how disagreeable some parts may be.  “The farther back you look, the farther forward you will see,” Churchill once said.   And if we don’t keep a knowledge of the past, we are bound to repeat it, particularly the bad parts of it.  Some people fail to see this.

History reveals that while atrocities have occurred, oftentimes something profoundly beneficial arises.   But all of this requires a retrospective look in a calm manner.  To erase the bad elements of the past is to virtually erase most of any history of ANY culture and of ANY race.

A retrospective look, of course, requires a quieting of emotions, not to curse those long-gone in the past nor place the blame on those of us in the present.  This requires a sense of forgiveness.

It’s the Fourth of July.  As I write about this, I am reminded of our founding fathers.  Yes, some were slave owners, but they were also a product of their times, where slave-holding wasn’t universally considered immoral.   It was a different era, but times changed, for the better, and we learn and move on.  What some folks don’t understand, that these forefathers—despite many having wealth and property and privilege—willingly sacrificed those comforts to create this country, all at the risk of being hanged for treason.  They willingly laid their lives on the line in the pursuit of a better nation.   Were there certain negative aspects of their lives we don’t condone two centuries later?  Certainly, but this shouldn’t erase all the good they created for all of us.  Nobody is perfect.  Nobody.  We are ALL guilty of some immorality.   Will future generations cast us with the same, myopic lens, pass judgement and attempt to erase the history we create?  Would that be just as fair?

“Let he who is without sin cast the first stone,” Jesus said in a very Zen-style koan, knowing full-well that no such person exists.

World history is replete with atrocities.  No one culture or race is immune to, nor has a monopoly on cruelty.  People have been slaves—whites and nonwhites--to other conquering people on every continent.  The Jews were enslaved by the ancient Egyptians.  The list goes on: the ancient Greeks, the Roman Empire, several imperial dynasties of China, the Ottoman Empire, the Aztecs and Mayans (to name but a few) all had a system of slavery.

It seems that the mere essence of being human is to be cruel, especially when a faction of a population climbs to great power over the others.

I am reminded about the plight of my mother when she was a little child in the 1940s.  She and her family were forced to leave California for the Midwest after the Japanese bombed Pearl Harbor, leaving most of their property and possessions behind.  Though all were U.S. citizens, born and raised in California, they were nonetheless of Japanese descent and considered a threat to the U.S.  They eventually returned to California many years later, but I never heard one negative word from any of them about the experience.  Not one word about unfairness, not of reparations nor a hatred towards the U.S. government.  In fact, my mother, uncle and grandmother would at times mention the kindness of “those nice people in Wisconsin.”  They moved on and were models of a positive attitude.   With this attitude, I was taught that with hard work I could rise above any adversity and achieve anything in America, despite her past flaws.

America was created with the concept that individual liberty is paramount, that our freedom is not a gift granted by government, but endowed to us by our “Creator,” an entity greater than humankind.  Our founding fathers believed individual freedom is a birth right.

We all have the right to live our lives the way we see fit and express our chosen views, but not at the expense of another’s.  If we disagree, we don’t tear down another’s form of expression, we don’t threaten or censure them with a force of negativism.  Destroying historic monuments, trying to erase aspects of the past will not unite us.  It will divide us further and deepen hatred.

We counteract with our own form of creative—not destructive—means.  Creativity is beauty, and more influential since it allows the observer to see a different point, not by force, but by choice.  It is a testament to this great country that gives us the opportunity to do this.