Look or You'll Miss It 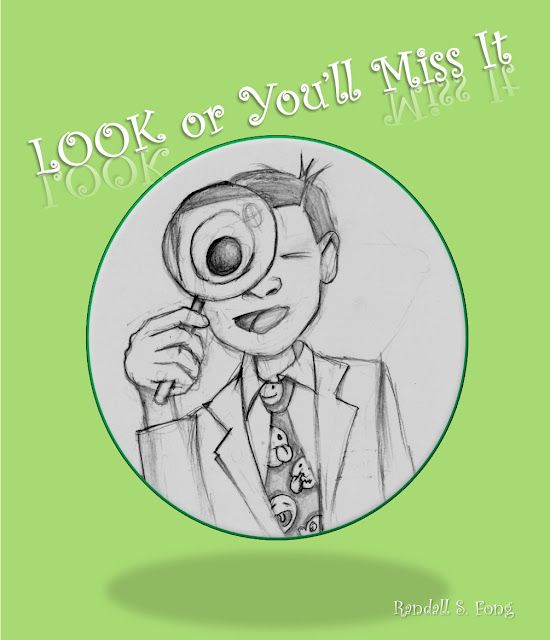 Not so long ago I gave a presentation on a proper ENT (ear, nose and throat) exam.  As a clinical faculty member for residents and medical students, I’m asked to lecture on various ENT topics from time to time, since many aspects of my specialty are important for those training in primary care.  I was in the midst of covering the throat and larynx exam when (of all people) a faculty member asked, “Why would you want to look at that?”

We’re taught early in med school the importance of a thorough physical exam.  So this question coming from an attending doc sort of floored me.  As part of any exam, especially on a new patient, you often examine body sites that are often normal (you know, the heart, lungs, abdomen and oftentimes—though cringingly unpleasant—the rectum and pelvis) and not directly related to the patient’s main complaint, since every now and then you’ll discover something not-quite-right.  The purpose is just that: to catch the abnormal unbeknownst to the patient which may be crucial and life-threatening.  Abnormal findings in one anatomic area can lead to abnormalities found elsewhere or can indicate a systemic problem.  This skill aids in diagnosis and may uncover a potentially ominous disease.  It’s not knowledge of the normal that is vital in medical training, but recognizing the out-of-place, the bizarre, the head-scratching weirdness and interpreting what it represents.  A vast, mindboggling world of abnormality awaits; it’s up to doctors to discover and treat them.  That’s the reason medical school and subsequent residency training take years and years to complete.  It’s called the practice of medicine for that very reason; medical education never ceases; the learning process continues throughout a doctor’s career, never ending until we’re retired or dead.

You never know what you’re missing unless you look--sound advice for life in general, but more pointedly so in the world of medicine.  So, for every new patient, no matter what their chief complaint, I always do a complete ENT and neck exam.  Here’s why:

A gentleman in his 70s male presented for an independent medical exam (IME) for hearing loss, which is a one-time appointment to determine whether his hearing loss was work-related.  As part of a routine ENT exam, I examined not only the ears, but the nose and throat.  Upon examining farther down the back of his throat, I noticed a large mass arising from the base of his tongue.  He was unaware of this, had no symptoms such as a change of voice or hoarseness, no throat pain, difficulty swallowing or problems breathing.  This was unrelated to his hearing loss, but was a more pressing, life-threatening problem.  Since he was there for a one-time IME visit for hearing loss only, I was not allowed to render treatment nor address other problems.  However, I put the findings in my note and immediately called the company that arranged for the IME, to which he was immediately referred to another ENT doc in our area.  He eventually was taken to the O.R. for a biopsy and diagnosed with lymphoma.  He underwent chemotherapy with good results.  Had this not been discovered, the tumor would have grown and caused swallowing problems or worse, obstruction of his airway.  Many months later, he and his wife came to us for hearing aids (which had been awarded to him by Labor and Industry) and they told us what transpired after I saw him.  He ended it by saying, “Thanks doc for saving my life.”

A woman in her 70s came to me complaining of left ear pain for 2-3 months.  She went to an urgent care who told her the ear looked normal but gave her a prescription for ear drops.  This didn’t help so she made an appointment with me.  It just so happens I surgically treated her for a cancer under her tongue several years prior.   She failed her routine follow-up appointment, and I hadn’t seen her for well over a year.  Worse yet, she continued to smoke, fully aware that tobacco is a major cause of oral cancer.

Her ears were indeed normal.  Her mouth and tongue were unremarkable with no recurrence of her cancer.  But upon examining farther back in her throat, an ugly, ulcerative tumor replaced what should’ve been her left tonsil.  This was causing referred ear pain, a phenomenon that occurs from stimulation of nerves that provide sensation to the throat and tonsils.  These nerve branches are part of a larger nerve that also receives a sensory branch from the ear.  Usually one experiences mostly throat pain but ear pain sometimes occurs.  In her case she only experienced ear pain with no throat pain at all.  Subsequent biopsy revealed this to be another cancer.  She ended up with radiation and chemotherapy which cured her cancer.

A 60 year-old man presented feeling that his left ear was plugged for many months.  He saw another ENT doctor for the same complaint, who eventually operated on his sinuses.  This opened up his nose somewhat, but his ear still felt plugged.  He eventually came to me.  When I saw him, there was a little fluid in the middle ear behind his eardrum (tympanic membrane).   This had not cleared with a prior course of antibiotics.  Whenever I see an adult with chronic middle ear fluid and no obvious prior cause (ie, no prior cold or upper respiratory infection, no prior airflight, travel through altitudes, scuba diving, etc), this raises the suspicion that something might be blocking the eustachian tube, the tube that drains the middle ear to the back of the nose.  Exam of this area requires a fiberoptic scope, since viewing the nasopharynx in the majority of folks is not possible with a routine ENT exam.  I performed the procedure and found a nasopharyngeal tumor blocking his left eustachian tube.  Since he had a prior CT (or CAT scan) before his sinus surgery, I was curious if it was present then.  The radiologist’s report did not mention a finding in the nasopharynx, but typically they are focusing only on the sinus cavities, since that is the main purpose for a sinus CT.  I viewed his preop CT images from months before, and lo-and-behold, there was the tumor.  It had not been noticed by the radiologist and the prior ENT doc.  I took him to surgery for biopsies and tumor debulking, which revealed a nasopharyngeal cancer.  He saw a radiation oncologist for treatment and thus far, several years later, he is still in remission and doing well.

These are only a few cases.  Granted, most folks are more straightforward and have no other disease sidelines to explore, yet these examples serve as the reason to look.  Every doctor has the same type experiences.

In reverse, this has happened to me, where another doctor found something I missed or overlooked or corrected my mistake.  Given the vast body of medical knowledge that continues to grow and the ever-increasing complexity of the human organism, we cannot perform flawlessly with every patient.  Everyone errs; we’re all human, even doctors.  But we work diligently and strive for perfection, kicking ourselves ruthlessly whenever we fall short.  Yet if you never look, you're more likely to miss something that may later prove to be vital.